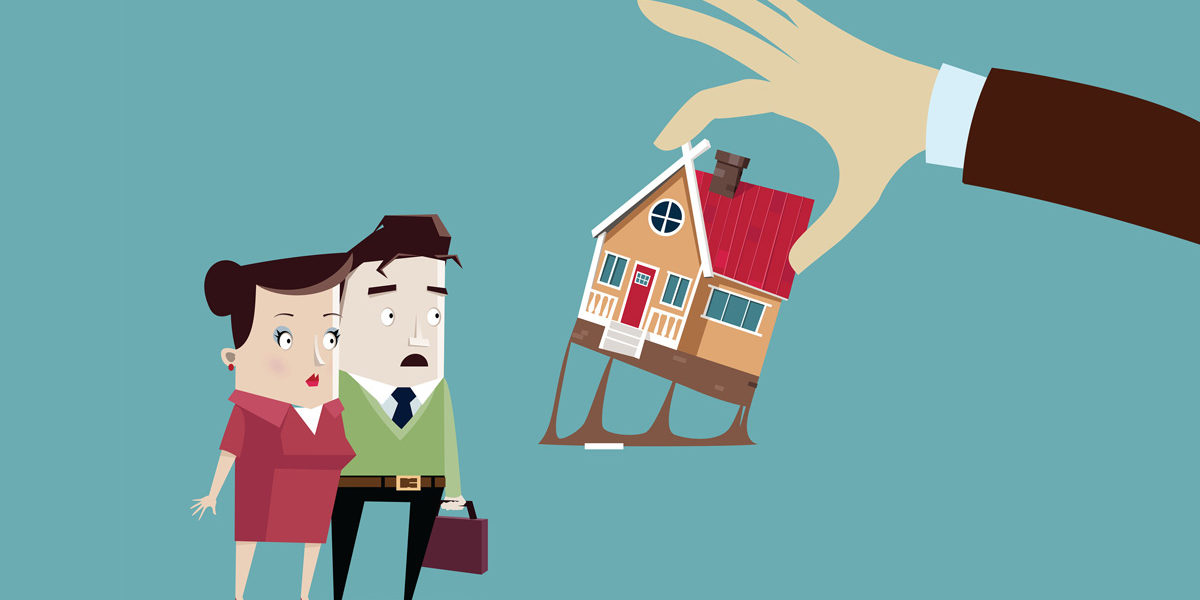 The year 2020 will remain indelibly inscribed on the collective memory of the human race. It was a year of unpredictable developments, unexpected surprises and once-in-a-lifetime experiences. While some of COVID-19’s curve balls might have come at us along unprecedented trajectories, some things do not change. Some tenants may conveniently have wanted to evade paying their rent and some lessors – frustrated by the delay with regard to evictions – have wanted to cut off the tenant’s electricity or water. But, before they do something drastic, they should think carefully about their actions.

Spoliation is the wrongful deprivation of another’s right of possession. ‘The aim of spoliation is to prevent self-help’ (Ivanov v North West Gambling Board and Others 2012 (6) SA 67 (SCA)). It seeks to prevent people from taking the law into their own hands. The cause for possession is irrelevant.

Our law requires that you approach a court for assistance; self-help is not an option. So if you remove the tenant’s access to the leased premises without a court order, you face having to immediately restore possession to the tenant via a ‘spoliation order’.

The important thing is that at this stage, the court has no interest in how strong or weak your actual case against the tenant is. That you can fight about in a full court action down the line. All that counts now is how you dispossessed the tenant, not whether you are the owner nor whether you have any legal right to possession.

So to succeed in obtaining a spoliation order, all the tenant has to prove is that –

The critical question here is whether or not the tenant consented – freely and genuinely – to the dispossession. If so, the dispossession was lawful. If not, it was unlawful. Thus spoliation ‘may take place in numerous unlawful ways. It may be unlawful because it was by force, or by threat of force, or by stealth, deceit or theft’ – or just without consent (Stocks Housing (Cape) (Pty) Ltd v Chief Executive Director, Department of Education and Culture Services, and Others 1996 (4) SA 231 (C)).

In Lau an Internet café business owner was locked in a dispute with her landlord over its method of electricity billing. The landlord’s response was to first cut the electricity to the premises, then to change the locks. After trying – without success to resolve the dispute – the tenant applied for a spoliation order. The landlord did not dispute that the applicant was in possession of the premises, nor that he had dispossessed her with neither consent nor court order. What the landlord did argue was that –

The end result – the landlord had to pay all costs, immediately restore possession of the leased premises to the tenant, and immediately re-connect the electricity.

If a landlord takes the law into their own hands and cuts off the electricity supply, the tenant has the right to apply to court for a spoliation order showing that the tenant’s possession of the leased property was unduly interfered with or disturbed.

The mandament van spolie, or ‘spoliation order’ is a common-law remedy. Its purpose is to promote the rule of law and to serve as a shield against cases of ‘self-help’, where parties take the law into their own hands and exercise ‘power’, which they do not have (www.ee.co.za, 3-12-2020).

‘In seeking restoration of her electricity supply, Ms Masinda’s claim could hardly have been more terse. She said no more than that Eskom’s officials had unlawfully disconnected the supply of electricity to her house and the prepaid meter, and asked that it be reconnected to the national grid. There was no attempt to show that such supply was an incident of her possession of the property. She relied solely upon the existence of the electrical supply to justify a spoliation order. In the light of what is set out above, this was both misplaced and insufficient to establish her right to such an order.

In addition, there is the common-cause fact that Ms Masinda purchased her electricity on credit through the prepaid system, which I have described. In these circumstances, her right to receive what she had bought flowed, not from the possession of her property, but was a personal right flowing from the sale. Similar to the case in Xsinet [Telkom SA Ltd v Xsinet (Pty) Ltd 2003 (5) SA 309 (SCA)], her claim was essentially no more than one for specific performance (and to the limited extent of a supply worth no more than the unused credit still due after her last purchase). This personal, purely contractual, right cannot be construed as an incident of possession of the property. As the mandament does not protect such a contractual right, for this reason too the claim ought to have been dismissed’.

The Xsinet case is probably the most comparable to the Masinda case as it involved the supply of electronic impulses to Xsinet’s premises, thereby providing the telephone and bandwidth system used by it to conduct its business as an Internet service provider. Telkom disconnected the supply alleging that Xsinet was indebted to it in respect of another service. The court found that it did not accept that the use of the bandwidth and telephone services constituted an incident of the possession of the property, even though the services were used on Xsinet’s premises. The court rejected the contention that Telkom’s services could be restored by the mandament van spolie as those services constituted ‘a mere personal right and the order sought is essentially to compel specific performance of a contractual right in order to resolve a contractual dispute’.

No blanket rule can be applied in these matters. Depending on the circumstances, the supply of electricity or water may be recognised as being an incorporeal right of possession, which is capable of protection under the mandament van spolie. In the case of Impala Water Users Association v Lourens NO and Others 2008 (2) SA 495 (SCA), the respondents obtained a spoliation order for the restoration of water to reservoirs on their farms. The Supreme Court of Appeal (SCA) dismissed the appeal and held that such rights were an incident of possession of each farm and that the mandament van spolie was, therefore, available. It is clear that the right to the supply flowed from the exercise of possession of immovable property. South African courts regard the supply of water and electricity as constituting an incident of possession.

In both cases of Naidoo v Moodley 1982 (4) SA 82 (T) and Froman v Herbmore Timber and Hardware (Pty) Ltd 1984 (3) SA 609 (W) at 610G – 611D the electricity was cut off with a view to forcing the applicants to vacate immovable property. So too with the old famous case of Nienaber v Stuckey 1946 AD 1049, wherein the complaint interfered with access to the property and it was the possession of that immovable property that was being protected.

The Masinda case is not the same as the lessors who intentionally deprive lessees of possession by taking the law into their own hands by cutting off the electricity because the tenant has not paid.

If the courts were to even allow such a situation we would be opening the floodgates for many lessors to resort to this illegal self-help option of cutting off electricity and water instead of proceeding in terms of s 4(1) and 4(2) of the Prevention of Illegal Eviction from and Unlawful Occupation of Land Act 19 of 1998 and will go against constitutional law where no one is allowed to be evicted without a valid court order.

In order to justify a spoliation order, the right must be of such a nature that it vests in the person in possession of the property as an incident of possession. Examples of such rights are those bestowed by servitude, registration or statute. The SCA held in the Masinda case that an application for spoliation does not require proof of an applicant’s existing right to property, but rather the possession of the property to grant the relief sought. The SCA also noted that the remedy for spoliation is preliminary to any investigation into the merits of the dispute, in that it provides for interim relief, pending a final determination of the parties’ respective rights. Mandament van spolie provides a remedy to protect what is referred to as ‘quasi-possession’ of certain incorporeal rights (see the Masinda case).

As explained above, the person dispossessed of the electricity or water needs more than to argue about being unlawfully disconnected. The right must be of such a nature that it vests in the person in possession of the property as an incident of their possession.

The facts of each case in the incidents of dispossession must be cautiously examined before a spoliation remedy is sought.

Mohammed Moolla BProc (UKZN) is a senior magistrate at the Wynberg Magistrate’s Court in Cape Town.

There is an intruder on my stoep: Do defensive acts amount to vigilantism?
3 March 2021