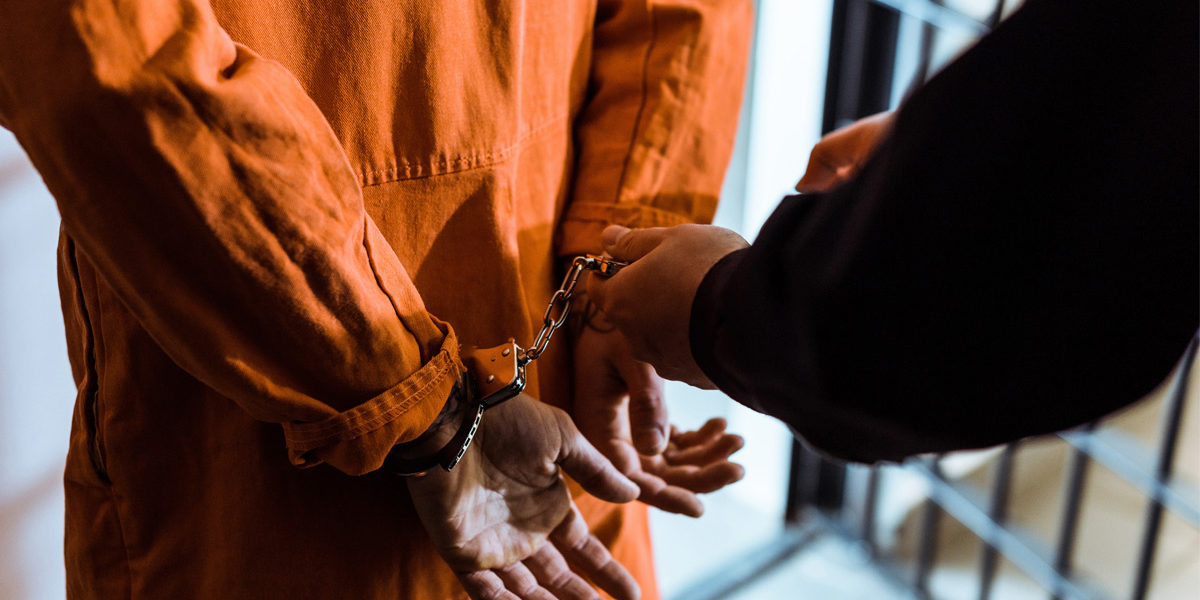 Apologies, if I come across as treading down the path of deliberative discourse, but one cannot ignore topical and emotive considerations. The first, evidenced by the epideictic rhetoric of Reverend Al Sharpton, when he called on the United States (US) aggressors to ‘Get your knee off our necks’. His call resonated all across the globe.

And, while President Cyril Ramaphosa joined the condemnation of George Floyd’s murder, in South Africa (SA), we were haunted by the brutality and savagery of the murder of Collins Khosa; we have had to witness, in recent years, fines being levied against the homeless; we were repulsed by the Marikana murders and we shuddered when a video of a naked man being evicted from his shack, went viral. All this in a country with a Bill of Rights and a supreme Constitution. Yet, in this, the most unequal society in the world, decades after Apartheid, the lives of South Africans appear to mean very little to some.

However, this article is not aimed at dealing with the socio-political ills in the country, which are inextricably intertwined with the law. Instead, I will examine, the unequal treatment of one of the most vulnerable groups in society – those who, are in conflict with the law and the extension to them, by the President, of amnesty and ‘mercy’, pursuant to the provisions of s 84(2)(j) of the Constitution.

In the introductory paragraphs, I commenced by alluding to aggression and indignity suffered at the hands of the state – for, it is only in that specific context, that we might best interrogate the subject matter of this article. At the core of the arguments advanced herein, is the violation of the right to equality and equal benefit of the law; the violation of the right to a fair trial, enshrined in s 35(3)(n) of the Constitution, to wit, the right to the benefit of the least severe of the prescribed punishments, if the punishment for the offence has been changed between the time that the offence was committed and the time of sentencing.

The Constitutional Court (CC) in Phaahla v Minister of Justice and Correctional Services and Another (Tlhakanye as Intervening Party) 2019 (7) BCLR 795 (CC) held that release on parole, related to ‘punishment’ as envisaged in s 35(3)(n) of the Constitution and that consequently, when determining which parole regime finds applicability, the date of the commission of the offence and not the date of conviction or sentencing, ought to be the primary consideration. By parity of reasoning, I argue herein, that the granting of amnesty falls squarely within the provisions of s 35(3)(n) of the Constitution as it is interwoven with the sentence an offender ultimately serves. In Paahla, s 136(1) of the Correctional Services Act 111 of 1998, was declared invalid, as the court held that it violated the right to equality, enshrined in s 9 of the Constitution.

It, therefore, does not matter whether we –

Any attempt to interpret legislation, which has the potential of alleviating the plight of prisoners, does not always garner the needed objectivity. It was after all, Hunter S Thompson, who said that: ‘In a closed society where everybody’s guilty, the only crime is getting caught. In a world of thieves, the only final sin is stupidity.’ And, as many a Humpty Dumpty would confirm, immediately the tag of ‘criminal accused’ lands, nothing – neither the presumption of innocence doctrine, nor an acquittal, will remove the stench of ‘guilt’.

On 16 December 2019, President Ramaphosa, granted a 24-month special remission of sentence, to certain categories of offenders in celebration of Reconciliation Day. Included among the categories who qualified for the said remission, were those who were or would have been incarcerated or serving sentences within the system of Community Corrections, on 16 December 2019.

In President of the Republic of South Africa and Another v Hugo 1997 (6) BCLR 708 (CC) a salient feature of remissions became quite evident from the judgment and that is that inherent in the powers to grant ‘wholesale’ remissions of sentences, is the potential/risk that there will be persons on either side of the cut-off line, who would be excluded. Furthermore, the CC remarked obiter that the mere fact that the President acted in a bona fide manner, did not necessarily mean that the discrimination was unfair, as was alleged by Hugo.

I argue vehemently that the President unfairly discriminated against the following categories of offenders:

In terms of the Circular 13 of 2019/20, issued by the Department of Correctional Services, two specific categories (among others), qualified for the said remission of sentence, namely –

A simple comparison to make, is the one between an escapee and absconder on the one hand, who had been arrested for a qualifying offence prior to 16 December 2019, and one who contravened bail conditions for a ‘qualifying offence’ and was apprehended prior to 16 December 2019, on the other. It ought to be borne in mind that the situation of the absconder and the escapee is more serious, as the prescribed penalties for absconding or escaping are more onerous (a period not exceeding ten years’ imprisonment, with or without the option of a fine) as opposed to three months’ imprisonment with or without the option of a R 300 fine, reserved for those guilty of contravening s 72(4) of the Criminal Procedure Act 51 of 1977 (CPA) and 12 months’ imprisonment for the contravention of s 67A of the CPA. In the case of the latter category, I argue that the ‘right’ to the amnesty would be held in abeyance, until the accused, is subsequently convicted.

On 9 April 2020, the Minister of Justice and Correctional Services, published directions pursuant to the provisions of the reg 10(2)(a), issued under s 27(2) of the Disaster Management Act 57 of 2002, to address, combat and prevent the spread of COVID-19 at all correctional centres and remand detention facilities in SA. Paragraph 3 thereof, deals with the referral of remand detainees to court for review of bail and consideration of length of detention, in a bid to assist with the reduction management of remand detainees. According to Professor Lukas Muntingh, co-founder and Project Coordinator of Africa Criminal Justice Reform there are currently approximately 163 000 inmates in South African correctional centres, 48 000 of which, are remand detainees.

The length of detention policy of the Department of Correctional Services, ordinarily kicks in at the 21-month mark. At that point, it is the duty of the department to refer those inmates who had reached that milestone, back to their respective trial courts, for a review of bail, prior to the expiry of the 24-month period. The extent to which this happens, including the extent to which there has been compliance with the minister’s direction, remains to be either quantified or seen.

It is of course indeed so that the United Nations High Commissioner, Michelle Bachelet, urged countries to reduce the number of people in detention, especially low-risk offenders, the vulnerable, the elderly and those who have health issues saying that ‘physical distancing and self-isolation in such conditions are practically impossible’.

And prior to the reader assuming that I have gone off on a discursive trajectory, the reason I deal with the responses to the COVID-19 pandemic, is premised on the fact that on 27 April 2020, President Ramaphosa, acting in terms of s 84(2)(j) of the Constitution, read together with s 82(1)(a) of the Correctional Services Act, authorised the advancement of release dates, by 60 months for certain categories of qualifying offenders, who were or would have been incarcerated on 27 April 2020.

This time, however, those who are out on bail pending appeal, did not qualify for the said remission. So, over and above the categories, listed in the bullet points in the earlier paragraph, there is a further or additional category of persons, who too, have been unfairly discriminated against.

The President thus fails where it comes to the rationality requirement of the decision-making process. In fact, DCS Circular 10 of 2020/21, published pursuant to the president’s act of 27 April 2020, is contradictory and thus void for vagueness, as in the one breath, it refers to those qualifying offenders who are or would have been serving sentences on 27 April 2020 (clearly an oft-repeated provision in all amnesties, including those granted from the era of former President Nelson Mandela going forward, and no doubt, a provision, which had routinely been included, in order to give effect to the right enshrined in s 35(3)(n) of the Constitution), yet within the same circular, and I suspect that similar provisions were included in the Presidential Act, as well, it excludes from the benefit, those who were out on bail pending appeal on 27 April 2020, as alluded to op cit.

By way of example, anyone who was sentenced to a straight ten-year, custodial term for a qualifying offence, on 26 April 2020, would, on 27 April 2020, qualify for placement on parole (once programmes and other pre-release requisites had been met), as placement on parole would, ordinarily, have occurred at five years (half sentence). Again, those who were convicted prior to 27 April 2020, but who awaited sentencing on the said date, would not qualify. Such discrimination is unfair and irrational, to say the very least. What the President did with this, was to cut across the rights to equality, the right to equal benefit of the law, the rights to a fair trial, and perhaps too of the said excluded categories to have their right to legitimate expectations, protected.

How this will be remedied, is something that I cannot answer. The easiest way would of course be by way of review proceedings against the President in the High Court but, that is a battle for those who are readily heard, to pursue.

For now, though, I conclude emphatically that the granting of remission by the President, pursuant to the provisions of s 84(2)(j) of the Constitution, has the effect of violating the right to equality and equal benefit of the law as well as the right to the least severe of two punishments.

Where COVID-19 is concerned, the virus does not discriminate between sentenced and un-sentenced inmates and a concerted effort ought to have been made timeously (albeit rather late than never), to ensure that the prison numbers are reduced considerably, while ensuring that members of the public are not placed at risk. The review by courts of bail, ought to be prioritised, but nowhere else is inequality more rampant than within the criminal justice cluster, where some are penalized at the receiving end of unfair decisions.

When clients fail to cooperate
27 January 2021