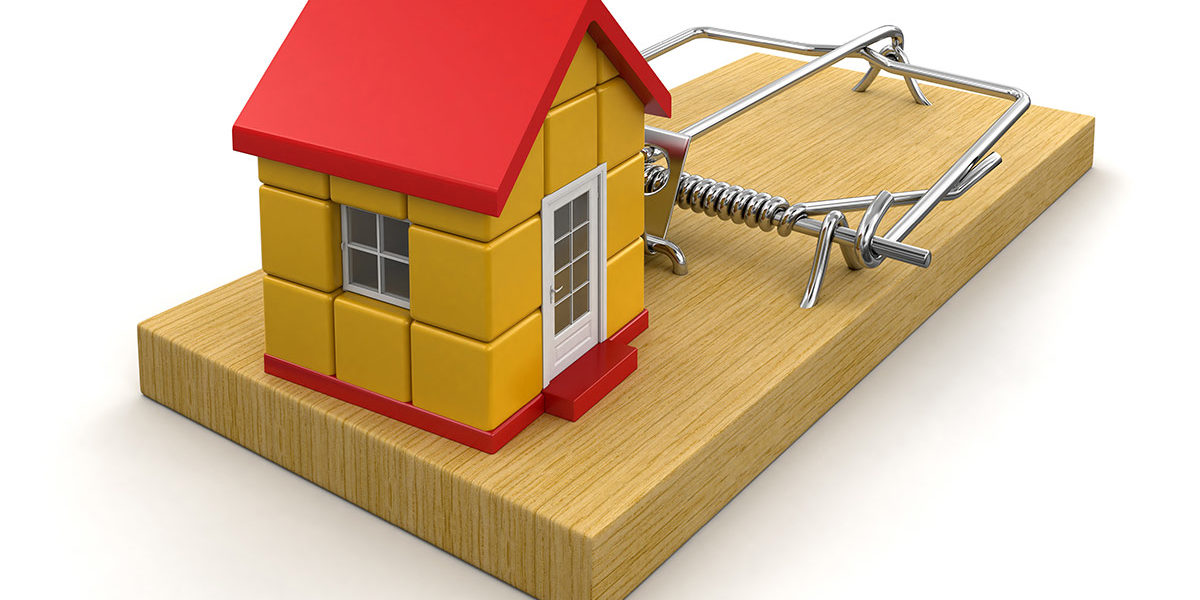 This article was first published by Mr Abercrombie and Ms Johaardien in 2011 (March) DR 26. The Editorial Committee has agreed to re-publish the article due to the publication of the Chief Registrar’s Circular 1/2020 titled: ‘Suspension of Registrars’ Conference resolutions regarding the interpretation of the word “alienate” as far as it relates to mortgaging of immovable property’. Visit the De Rebus website to view the circular. – Editor

The content of RCR 35/2005 and RCR 2/2006 is substantially identical, although RCR 2/2006 goes one step further by referring to case law in support of the resolution and RCR 6/2009 merely confirms the previous decisions.In terms of the Registrars’ Conference Resolutions 2010, the mortgagor of immovable property, which has a restraint against alienation, must obtain the consent of the holder of such right before a mortgage bond may be registered over the property.

The origin of the resolution

In Trustees of the Insolvent Estate of Foley, alias Melville v Natal Bank (1883) 4 NLR 26, Foley, prior to being declared insolvent, pledged 21 Natal Bank shares to a Revered Tonneson. The Bank was aware of this purported pledge. On his insolvency his trustees, the holder of the pledge claimed the dividends from the Bank, which had been crediting his overdrawn bank account with the dividends.

There were other claims as well, but ultimately the only question that remained, was whether the Bank had a right to appropriate the dividends on the 21 shares, which had been pledged by the insolvent towards payment of the insolvent’s overdrawn account with the Bank after notice to it of the pledge of the shares.

The court found that the transfer of shares was conditionally prohibited in that it was not valid unless certain forms were completed. This finding was based on s 13 of the Natal Bank Law 15 of 1875, which provides that ‘no transfer of a share shall be valid, until it shall have been approved of by the directors at one of their meetings, such approbation being testified by endorsement, signed by two of the directors present at the meeting, and countersigned by the manager, and until the purchaser shall have signed the deed of settlement or a transcript of this law’; and by Code (4.51.7) and other authorities referred to therein.

Connor CJ stated that it is expressly enacted that when alienation is prohibited, so also shall, inter alia, be deemed to be prohibited, binding by pledge or hypothec.

In Ex Parte de Jager (1926) 47 NPD 413 the court found that a prohibition in a will in favour of specific persons against selling or in any manner disposing of immovable property prevents the heir from mortgaging that property.

The court stated that while the will did not prohibit mortgage of the property it had been decided by Connor CJ in the Foley case that the mortgage of immovable property amounts to an alienation. Tatham J supported this view ‘for a mortgage is a first step to a sale in execution, if the debt is not repaid’.

What is a mortgage?

The term ‘mortgage’ is used in two senses. As a generic term it covers every form of hypothecation of property and in this sense it includes every real right, which one person has in and over another person’s property for the purpose of securing the payment of a debt or generally the performance of an obligation.

In a more restricted sense, the expression ‘mortgage’ signifies a special security over immovable property as opposed to a ‘pledge’, which denotes a special security over movable property. There arose a need on the part of the owners of corporeal property to borrow money or obtain credit without selling their properties and, on moneylenders to obtain security for repayment of the loans. This eventually gave rise to the recognition of pledges of movable and mortgages of immovable corporeal properties. As between pledgor and pledgee or mortgagor and mortgagee, the agreement to pledge or mortgage creates rights in personam to claim delivery or registration. However, for it to be effective against third parties without knowledge thereof, delivery or registration is essential. Such delivery and registration creates real rights in the pledged or mortgaged properties.

The significance of mortgages and pledges lies in the fact that they furnish the creditor with a ‘real security’ for the payment of the creditors claim, for if the debtor is unable to raise the necessary funds to pay the debt, which is thus secured, the creditor is entitled to demand that the property, being the thing which is the subject matter of the security, be sold and that the proceeds of such sale be used for the satisfaction of the claim.

It can, therefore, be said that the underlying purpose of a pledge and a mortgage is to provide the creditor with security for the debt and that there is no intention to pass ownership of the property, which is the subject matter of the creditor’s security, as the dominium in the property remains in the pledgor or mortgagor. The pledgee’s and mortgagee’s rights are limited during the debtor’s solvency, to securing under order of the court, a sale of the property for the purpose of satisfying the debt and, on insolvency, to a preference to the proceeds of the property as a secured creditor. Real security offers a limited real right in someone else’s property, namely, a real right ‘less than ownership’ in a thing owned by a person other than the holder of such a right (see PJ Badenhorst, Juanita M Pienaar and Hanri Mostert Silberberg and Schoeman’s The Law of Property 5ed (Durban: LexisNexis 2006) and Britz NO v Sniegocki And Others 1989 (4) SA 372 (D)).

What does alienate mean?

In terms of s 1 of the Alienation of Land Act 68 of 1981 (the Act), ‘alienate’, in relation to land, means ‘sell, exchange or donate, irrespective of whether such sale, exchange or donation is subject to a suspensive or resolutive condition’, and ‘alienation’ has a corresponding meaning.

It is clear from this section that the concept ‘mortgage’ does not fall within the definition of ‘alienate’. Therefore, the question that follows is: Did the legislature intend to include or exclude ‘mortgage’ from the ambit of ‘alienate’?

There is also a rebuttable presumption that the legislature did not intend that which is harsh, unjust, or unreasonable. Therefore, if from the language of the statute it is plain what the intention of the legislature is, the court must give effect to it, no matter how unreasonable the result may be (see GE Devenish Interpretation of Statutes 1ed (Cape Town: Juta 1992)).

In the case of Crous NO v Utilitas Bellville 1994 (3) SA 720 (C) at 721, van Deventer J held that the generally accepted or ordinary meaning of ‘alienate’ implied a ‘voluntary and “intentional” transfer of ownership of a res by owner to new owner’.

The Appellate Division in Bodasing v Christie, NO and Another 1961 (3) SA 553 (A) at 561, held that a restraint on the alienation of immovable property merely restricts a voluntary sale as opposed to a sale made compulsory by law.

The matter between Standard Bank of South Africa Ltd v Hunkydory Investments 188 (Pty) Ltd and Others (No 2) 2010 (1) SA 634 (WCC) provides an excellent analysis of why the mortgage of immovable property does not amount to alienation.

One of the issues that needed to be decided in the above matter was whether the registration of a mortgage bond over a company’s main asset constitutes an act whereby the company ‘disposes of’ the whole or the greater part of its assets within the meaning of s 228(1) of the Companies Act 61 of 1973. It was submitted at para 12, that ‘the ordinary meaning of the phrase “dispose of” is “to make over or part with by way of sale or bargain, sell”, “to transfer into new hands or to the control of someone else (as by selling or bargaining away)”. The Afrikaans text uses the verb ‘vervreem’ which was said in Grobler v Trustee Estate De Beer 1915 AD 265 to mean the act of transferring ownership’.

Ex Parte De Jager (1926) 47 NPD 413 concerned a will, which created a fideicommissum. In terms of the will the fiduciaries were not to sell or dispose of the property in any manner. The court held that the will prohibited the mortgaging of the property, since a mortgage ‘is a first step to a sale in execution, if the debt is not repaid’. Rogers AJ pointed out at para 15 that ‘a mortgage might result in a sale in execution, but whether this potential result means that the creation of the mortgage is itself a disposal depends on the proper interpretation of the relevant provision. While a mortgage might eventually result in a forced sale, it is not a transaction which has a sale as its object, and the forced sale, if it eventuates, is not one to which the mortgagor is party’.

Rogers AJ went on to say at para 16 that he considers that the description of a mortgage as the first step towards a disposal of the hypothecated property as not really being accurate. His reasoning was as follows:

We are of the view that the obiter dictum in the Hunkydory case, while dealing with the issue of a ‘disposal’, correctly sets out the position regarding ‘alienation’, as it relates to mortgage bonds.

Consequently, the mortgage of immovable property is not a ‘first step’ towards ‘alienation’ and, therefore, the Registrars’ Conference Resolutions referred to above are incorrect and should be rescinded.