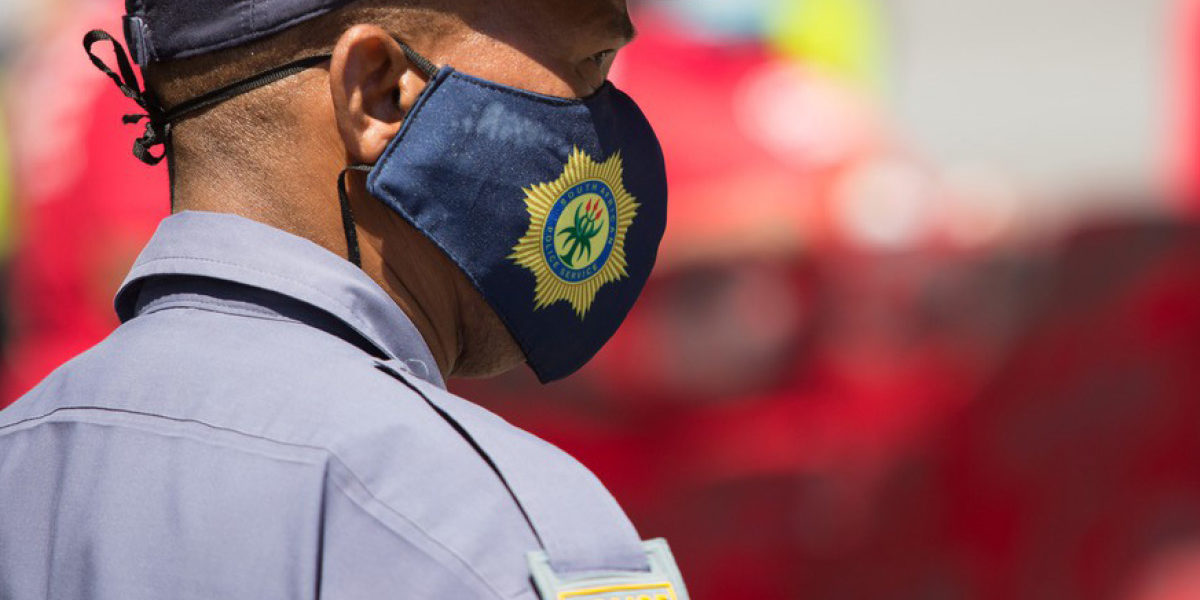 The judgment of Mahlangu and Another v Minister of Police [2020] 2 All SA 656 (SCA) (see Merilyn Rowena Kader ‘Law Reports’ 2020 (Aug) DR 26) raises an important issue regarding the duty of the police towards the court, as well as the consequences of their failure to perform their constitutional obligations.

It is common cause that police play an important role in the administration of justice in any society. South Africa’s (SA’s) Constitution specifically mandates the police to prevent, combat and investigate crime, maintain public order and generally to protect and secure both citizens and non-citizens in the country.

In the performance of their duties, the police are required to uphold and enforce the law, including the Constitution, which is the supreme law of the land.

Section 35(1) of the Constitution provides that:

(a) to remain silent;

(b) to be informed promptly –

(i) of the right to remain silent; and

(ii) of the consequences of not remaining silent;

(c) not to be compelled to make any confession or admission that could be used in evidence against that person;

(e) at the first court appearance after being arrested, to be charged or to be informed of the reason for the detention to continue, or to be released; and

(f) to be released from detention if the interests of justice permit, subject to reasonable conditions’.

The above provisions make it clear that as an agency entrusted with the investigation of crimes committed against the inhabitants of SA, the police play a significant role in the realisation of the constitutional rights of the arrested person.

Failure to observe the provisions of s 35 may, in criminal proceedings and under certain circumstances, result in the exclusion of the evidence tendered. This may result in the acquittal of a person who is otherwise guilty of a horrendous crime. Equally it may result in a lengthy and unjustifiable detention (such as in the Mahlangu case) and in certain cases, subsequent conviction of an innocent person.

It is, therefore, important that the police – as the investigators of crime – take their constitutional duties seriously and place all relevant and necessary facts before the court for the proper administration of justice. Police officers should be morally upright, honest and diligent in the performance of their duties. Generally, it should be easy to trust that a police officer will not break the law, will not manufacture evidence against innocent people, nor will they conspire and connive with criminals to defeat the ends of justice.

Sadly, in this case, the investigating officer failed to observe the constitutional provisions regarding the rights of the arrested person, namely, Mr Mahlangu and his co-accused. The investigating officer violated Mr Mahlangu’s rights by torturing him and ultimately forcing him to ‘confess’ to a crime that he did not commit. In the process of torture and in an attempt to protect himself from further pain, Mr Mahlangu implicated another person.

The ‘confession’ was discussed with the prosecutor, who indicated to the court on the day of Mr Mahlangu’s first court appearance that he would oppose bail. The matter was remanded several times until the charges against Mr Mahlangu were withdrawn. The withdrawal of charges only came after the real perpetrators were found and later tried and convicted.

Subsequent to the withdrawal of the charges, Mr Mahlangu instituted civil proceedings against the Minister of Police (the minister) where he claimed, among others, damages relating to unlawful arrest and detention for the entire period he was kept in prison while awaiting trial.

The basis of Mr Mahlangu’s claim for detention (accounting for the entire period, including after his court appearance) was anchored around the fact that the investigating officer knew at the time he handed the docket to the prosecutor that bail would not be granted because of the ‘confession’ obtained in violation of Mr Mahlangu’s constitutional rights. The action of the police was, according to Mr Mahlangu, the proximate cause of his further detention even after his first court appearance.

The minister denied liability for Mr Mahlangu’s detention post the first court appearance and averred that the detention was at the instance of the court and, consequently, he should not be liable for any damages for that period as he is not vicariously liable for actions of the officials of the Department of Justice and Constitutional Development.

The plea found favour with the court a quo and was confirmed on appeal to the Full Bench of the Gauteng Division of the High Court in Pretoria. The Supreme Court of Appeal (SCA) delivered a split judgment where the majority agreed with the minister. The majority held that failure to apply for bail was fatal to Mr Mahlangu’s claim for detention post his first court appearance, regardless of the conduct of the investigating officer. The reason was that the remand by the magistrate constituted an intervening act, resulting in the break of the unlawfulness caused by the action of the investigating officer.

The minority, per Van der Merwe JA (Petse DP concurring), was of the view that the conduct of the investigating officer played a critical role in Mr Mahlangu’s detention and was the reason for his further detention regardless of whether he applied for bail or not. According to the minority judgment the conduct of the investigating officer was the source of the unlawfulness and the continuous detention notwithstanding the failure to apply for bail. When the investigating officer acted unlawfully and continued to place incorrect information in the docket, the investigating officer knew that the prosecutor would act on the information and base their request for detention on that information. There was, therefore, no break in causation. I agree. To argue that had Mr Mahlangu applied for bail, the magistrate would have found that the confession was obtained unlawfully and released him, was in my view, to promote form over substance. A confession is an unequivocal admission of guilt and anyone with experience in bail applications involving sch 5 and 6 offences in terms of the Criminal Procedure Act 51 of 1977 will know how difficult it is to secure bail where there is a confession.

It is, however, the conduct of the investigating officer that I would like to comment on, as well as the duty that I think police officers owe to the court in the performance of their duties.

An investigator’s role in the administration of justice is to gather all the facts of the case, so that the court hearing the bail application will be able to make the decision on whether the accused should be granted bail or not. The prosecutor presenting the case on behalf of the state relies heavily on the information given to them by the investigating officer. It is this information, which the prosecutor will use to update the victim of the crime on the status of the case, as well as the reason why an arrested person is released even when they are not charged. It is, therefore, imperative that an investigating officer should be honest, diligent and above reproach in the performance of their duties. An investigating officer who has taken an oath to uphold the law and defend the constitution should not fabricate a case against another person and should equally not withhold information or facts favourable to the accused from the prosecutor.

Commenting on the role of the police in society, the Constitutional Court stated in the matter of K v Minister of Safety and Security 2005 (6) SA 419 (CC) at para 52 that:

It, therefore, follows axiomatically that a court should be able to rely on the facts placed before it by the investigating officer regarding whether the interests of justice permits the release of an arrested person or not. This is not to say that the facts presented will not be assessed by the presiding officer for the execution of their judicial duties.

In this regard I align myself with the views expressed by Toni AJ in Sibuta and Another v Minister of Police and Another (ECG) (unreported case no 3709/2016 and 3710/2016, 15-1-2020) (Toni AJ) where the court dealing with the issue relating to police conduct the judge said:

‘Police officers have, in keeping with public policy considerations, a public law duty to assist a detained person by advising him or her of his or her right to bail on his first appearance and inform the court of circumstances that militate in favour of granting a detained person bail to ensure that their right to a fair trial enshrined in the constitution is not infringed. This is the basic tenet of the rule of law which the fair trial principle is heir to. It should be adhered to at all times. By their failure to uphold their public law duty, police officers make themselves, and so their employer, vulnerable to delictual liability on the ground of causation which could have been avoided had they acted lawfully and within the bounds conferred upon them by the law and the Constitution’.

It was as Toni AJ was answering the debate raging at the hallowed chambers of the SCA in Bloemfontein regarding Mr Mahlangu’s failure to apply for bail, when he said:

‘There is nothing more a magistrate who is not privy to police investigation and is therefore bereft of the intricate details of the case could do if no information was placed before him upon which he could have reasonably exercised his discretion. A magistrate can only exercise a discretion properly if he or she is possessed of information which would place him or her in a better position to do so by the police and the prosecutors’.

I, therefore, find it startling that the majority judgment found it legally justifiable to limit the unlawfulness of police conduct to the period until the first court appearance, despite the fact that there was clear evidence to the fabrication and manufacturing of evidence. The investigating officer was, in my view, deceitful and his conduct deserved censure. Fabrication of evidence is not a small matter given the scarcity of resources in SA for the protection of the rights of the accused persons.

It is an undisputed fact that there are people who appear in South African courts with no or inadequate legal representation. It is equally true that there are people in South African correctional facilities who are serving sentences for the crimes they did not commit. The administration of justice system in SA is not always able to give those people their remedy due to the scarcity of resources, including the requirements for preparation of records for appeals, as well as the costs associated with it. We, therefore, cannot as a country afford to have unscrupulous police officers investigating crimes and in the process manufacturing evidence against innocent people.

In my view, the minority judgment properly accounted for the evidence tendered and placed a requisite premium on the role of the investigating officer to assist the court in the determination of the decision whether to release an arrested person or not.

Given the judgment of Toni AJ in the Sibuta case, the SCA may still have an opportunity to reconsider its decision on whether judicial remand constitutes an intervening act sufficient to break the chain of causation where there is a deliberate and malicious unlawful police conduct in violation of the constitution.