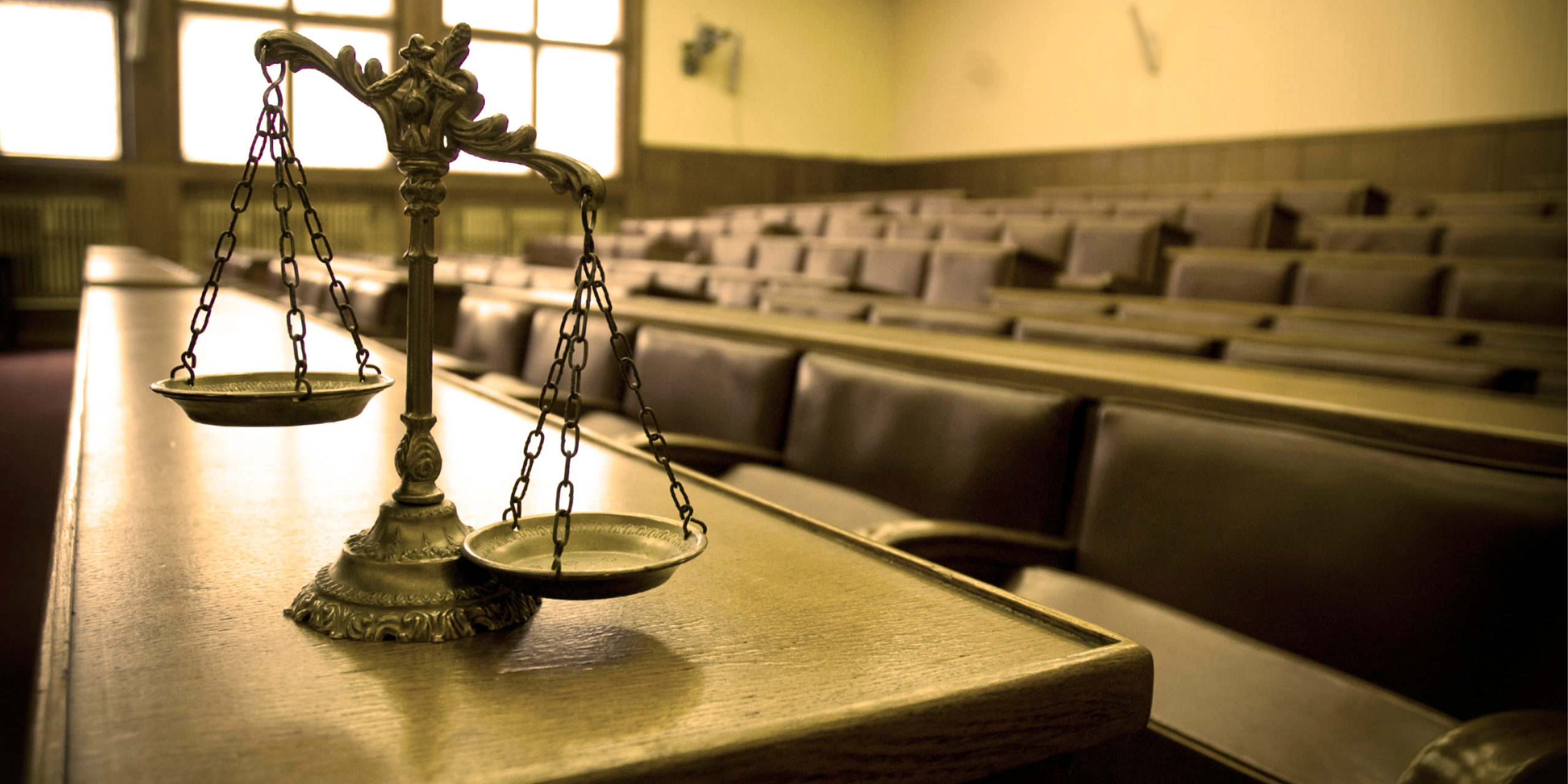 In the first part of the article, we considered the delays that dog the South African criminal justice system – some systemic, some lawyer- and accused-instigated. Are there possible fixes?

How to build accountability

The constitutional dispensation introduced important protections for accused and awaiting trial detainees. Calculated deployment of these rights, to thwart or incapacitate process so as to elude just determination, cannot be permissible in a fair and just system.

Some part of the solution must involve the firming up of institutional discipline. Stunt withdrawals and postponements, by the accused, sometimes with their legal practitioner’s connivance, must be firmly and justly handled – and presiding judicial officers should be supported up the chain of the judicial hierarchy.

The inherent power of a trial court to manage its roll should entail sufficient authority – supported on appeal – to refuse postponements and to impose appropriate sanctions on errant or negligent legal practitioners.

Change in appellate support for firmer management of trial-court delays may prove pivotal. Appellate courts should consider stronger backing for lower-court judges who refuse postponements they conclude are illicit or designed to frustrate the prosecution.

In addition, the code of conduct for judges and magistrates, and the efforts that the Minister of Justice and Correctional Services has made to regulate and monitor court schedules, are in point.

California’s Rules of Professional Conduct do not allow a defence attorney an automatic right to withdraw from a criminal defence. A withdrawal of representation is permitted only once the attorney has taken ‘reasonable steps to avoid reasonably foreseeable prejudice to the rights of the client, such as giving the client sufficient notice to permit the client to retain other counsel’ (The Rules of Professional Conduct at r 1.16(d)).

Fresh approaches may invite reconsidering judicially-enforced protocols and rules applicable when an attorney is permitted to abandon a case. Part VI of the Legal Practice Council’s Code of Conduct for all Legal Practitioners, Candidate Legal Practitioners and Juristic Entities (at para 60.2) prohibits a legal practitioner from deliberately protracting the duration of a case before the court. But to give this rule power, firm enforcement plus penalties for infringement are essential.

Requiring the court’s permission before a defence team withdraws may, on the one hand, bulwark an accused against undue prejudice, while, on the other, guard the criminal justice system against ‘Stalingrad’ tactics.

None of this, in the age-old saying, is for sissies. Trial legal practitioners have the power, when undertaking a defence, to secure advance cover for fees. A later claim of not being paid may have to be approached with scepticism. Justice may, in a suitable case, entail that legal practitioners in private practice be obliged to proceed with a defence even when not remunerated.

Again, the court will have to strike a balance between the interests of the legal practitioner concerned, the possible prejudice to which the accused will be exposed as a result of the proposed withdrawal, and the harm to the rule of law and criminal justice system that suspect or unwarranted tactics inflict.

This will require coordinated change – in professional rules and discipline, in trial-level firmness, and in wise appellate backing.

Time limits may, in suitable cases, be placed on the start and finalisation of criminal trials. In many jurisdictions, this is the norm.

In international criminal law, the nature of the offences can easily result in inordinate delays. Time limits become essential.

At the International Criminal Tribunal for the former Yugoslavia (ICTY), presiding judges imposed strict time limits for prosecutors to present their cases (Assessment and Report of Judge Carmel Agius, President of the ICTY, provided to the Security Council pursuant to para 6 of Security Council resolution 1534 (2004) S/2017/1001 (2017) at p 74 para 116).

First, the prosecutor had to provide the court with a short summary of every witness’s testimony, the time needed for the evidence in chief – and eventually how much time would be needed to present the entire prosecution case.

This also applied to the defence, which was allocated additional time for cross-examination. The presiding judge might, for example, allocate six hours of cross-examination for a specific witness in a multi-accused case, and then leave it to the various counsel to decide how much time and in which order they would cross-examine.

On application, from either prosecution or defence, the court could extend the allocation.

The ICTY dealt with genocide and crimes against humanity – serious contraventions of international humanitarian law. In their nature, these cases took both prosecution and defence months to present (see PM Wald ‘The International Criminal Tribunal for the Former Yugoslavia Comes of Age: Some Observations on Day-To-Day Dilemmas of an International Court’ (2001) 5 Wash. U.J.L. & Pol’y 87 at 100-102).

Trial time limits have been used in some domestic jurisdictions to eliminate unnecessary trial delays and disruptions (see American Bar Association Criminal Justice Section Standards, sd 12-1.2). This innovation forms part of the right to a fair trial. It involves, as in the ICTY, judicial limits to the number of hours each litigant has to present their case. This can help short-circuit unreasonable delay (Constitution s 35(3)(d)).

We do not propose holus-bolus importation of ICTY or American rules and principles. In appropriate instances, however, these procedures might be beneficially introduced. This will take hard-driven determination on the part of presiding judicial officers, practitioner bodies and legal practitioners committed to the rule of law. Those less committed may require firm guidance.

Time limitations have been praised for forcing litigants to be more selective in the evidence they choose to present, and have proved critical in securing just, speedy and inexpensive trials (Tersigni v Wyeth-Ayerst Pharm 2014 WL 793983 at 1).

They have also been criticised. Critics have warned that time restrictions force courts to assess how to divide trial time between the parties – plus they can be susceptible to inequitable application (NF Engstrom ‘The Trouble with Trial Time Limits’ (2018) 106 Georgetown Law Journal 933 at 972-974). Additionally, severe limits can impair procedural justice by limiting sufficient and meaningful opportunities for participation.

In appropriate cases, it may be beneficial for the presiding officer to receive a summary of the case from the prosecutor, which should include a brief outline of each witness’s testimony, the time needed for the evidence in chief and an estimation of the time needed to present the entire prosecution case. This requirement could promote the more efficient management of cases and assist the presiding judicial officer in deciding how trial time should be divided fairly between the parties. This would, by corollary, encourage the prosecution to be better prepared when the trial commences and can help the court’s roll planners in drafting the court’s schedule.

Paradoxically, time limits may themselves be abused by unscrupulous litigants, who employ excessive objections, unresponsive witnesses and strategically prolonged examinations. Here, as before, courts should be alert to parties who weaponise legal procedure, and take appropriate disciplinary action when needed.

Undue constraints on the prosecution can lead to miscarriages, while undue delay by the defence erodes justice. Because of these pitfalls, trial time limitations undoubtedly demand careful assessment and scrupulous implementation.

That there is no positive law and little practical experience in setting time limitations is a challenge. Perhaps a pilot project may direct certain prosecutions to proceed within strict timelines.

Selecting which categories should be subjected to timelines may be hard. What categories? Rape and murder? Crimes against women and children? Corruption or fraud? Farm attacks? Controversy is certain.

But action is indispensable. Improvement in current delays, and sufficient resources are essential if our high promises to ourselves are to be fulfilled.

For any legal system to work efficiently, all involved must exhibit propriety, ethics and honesty. Sometimes this is not enough. Our suggestions attempt to identify some procedural innovations that can be considered in appropriate cases for better management of the trial process.

It has been more than two decades since South Africa became a constitutional democracy and enacted sweeping criminal justice reforms. Our criminal justice system has reached legal maturity. But it is creaking badly. And it is time for us to do something about it.

Reforms that promote and enhance the accountability of defence legal practitioners should equip judges at all levels of the court hierarchy with important bulwarks against actors who mobilise constitutional rights to undermine a system designed to protect the weak and the defenceless.