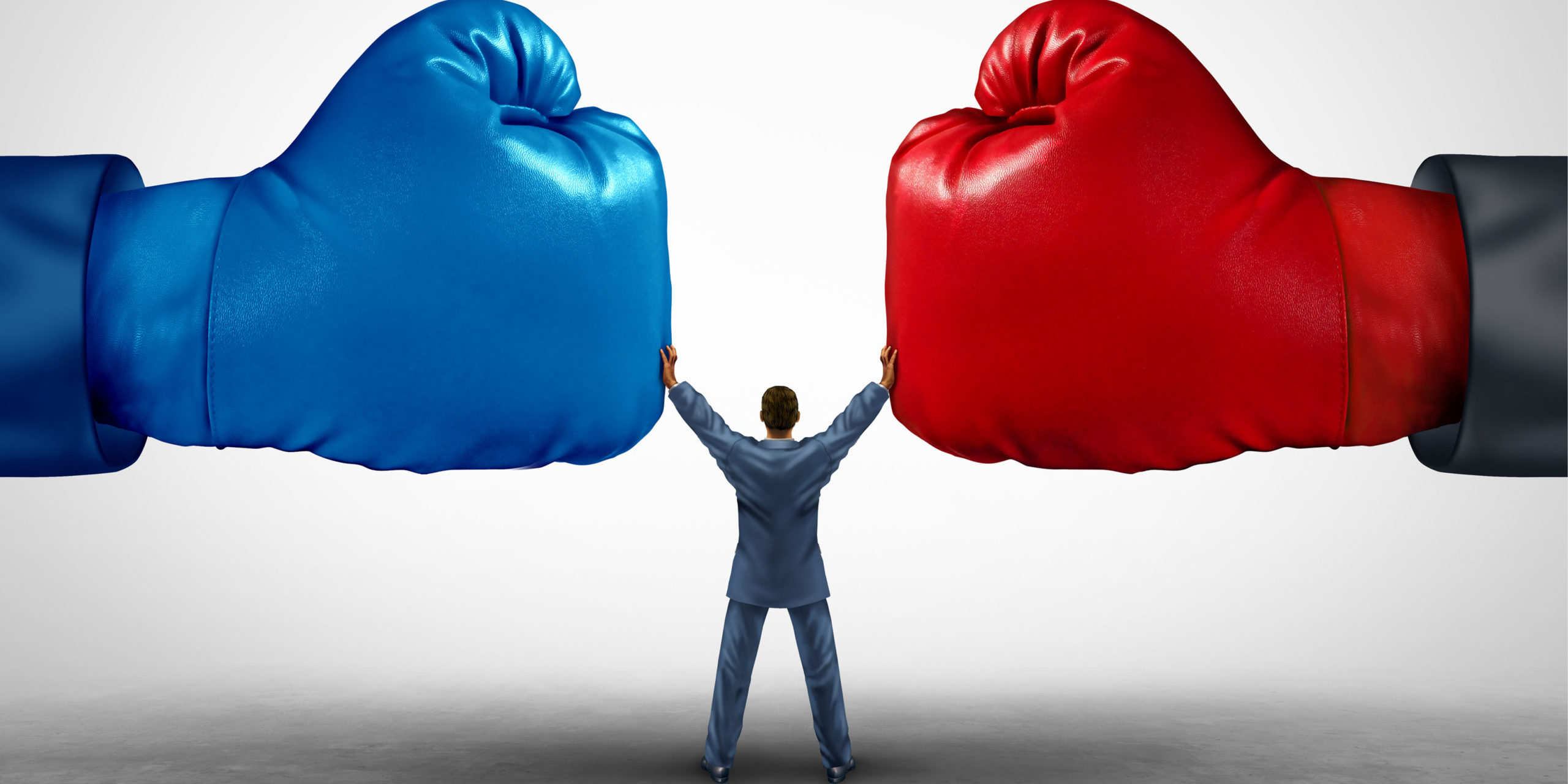 Under the recent and ongoing COVID-19 lockdown conditions many court cases have been halted only to be entertained at unknown later dates, understandably in adherence with relevant directives, which have been issued. We have seen matters being heard remotely through technological means. This unfortunately cannot always be the case as not all South African courts have been equipped to do so and to deal with such a drastic shift. It can be said that with the introduction of the Fourth Industrial Revolution, South African courts are in a process towards the frequent use of such mechanisms. COVID-19, however, came at a time when it was not practically possible for all cases to be heard in this manner.

The plight of transforming the way in which disputes are resolved in South Africa (SA) is a necessary and paramount plight in the current landscape of SA, which is waiting for better ways to deal with the high volume of disputes, many of which will never get their due result via the court process. As it is, SA finds itself in an era of transforming its socio-economic and political sphere.

How can there be a fully effective court process in a country where dispute is at the centre of all things?

The situation has been significantly worsened by the COVID-19 pandemic and the necessary lockdown enforced during this time. The inevitable result on a complete reopening of the courts will lead to a massive number of people utilising the court process, resulting in ineffective and over committed courts. The service delivery protests and the absence of basic constitutional needs on the one hand, corruption and monopoly on the other, are a further depiction of the fundamental issues in SA, which cause various disputes. It cannot, therefore, be expected that a developing country with a transformational agenda such as ours would be ready to house, through the mainstream court process only, effective and result-based dispute resolution.

A further question in the South African society is whether SA is ready for the Fourth Industrial Revolution. This article is not to delve into the general readiness but the readiness as it relates to dispute resolution in the country and in particular, mediation as a viable alternative.

In introducing mediation as a dispute resolution mechanism, I would like to quote the words of Dyson LJ in Halsey v Milton Keynes General NHS Trust [2004] EWCA Civ 576. ‘Mediation provides litigants with a wider range of solutions than those that are available in litigation: for example, an apology; an explanation; the continuation of an existing professional or business relationship perhaps on new terms; and an agreement by one party to do something without any existing legal obligation to do so.’

Mediation brings parties together; it opens the eyes of the parties for them to be able to see beyond the dispute. Disputes have a way of clouding the minds of people involved in disputes, to not see what is best in their respective situations. Due to possible dignity violations that have not been addressed, the brain is consumed by the dispute, and the unfortunate results of same are consequential decisions made and actions taken by parties, which could be detrimental to the people, companies or entities involved in the dispute. Mediation makes contact with the person in the dispute or the people behind the companies and entities in dispute. It is personal to the parties involved and, as a result, addresses the needs of the people in the dispute. As opposed to a four-year court battle where a decision will be made and imposed on the parties; mediation creates a platform, through sharpened skill, to have the people take part in reaching of their own decisions.

By emphasising the need for mediation as a dispute resolution mechanism, let us make no mistake in sowing a seed of doubt where litigation is advised as being necessary in a specific matter. Some matters need to be challenged through what seems the more acrimonious process. This provides a platform for South African courts to set precedents as a way to develop the jurisprudence and create legal certainty.

According to r 73 of the Rules Regulating the Conduct of the Proceedings of the Magistrates’ Courts of South Africa (Magistrates’ Court Rules), ‘mediation’ means the process by which a mediator assists the parties in actual or potential litigation to resolve the dispute between them by facilitating discussions between the parties, assisting them in identifying issues, clarifying priorities, exploring areas of compromise and generating options in an attempt to resolve the dispute.

A successful outcome of a mediation is largely reliant on the skills and expertise of the mediator together with the willingness of the parties acting bona fide throughout the mediation process. It, therefore, cannot be stressed enough how important it is for parties to appoint not only a neutral and independent person but one who is trained, skilled and reputable as a mediator.

Though mediation has, for many years, formed a part of many contractual agreements as a point of departure in dispute resolution, it has been avoided when it comes to implementation. When not avoided, it has often been a mere box ticking exercise.

There is, however, a strong move towards mediation in recent years where we have seen the implementation of what is referred to as court-annexed mediation at the magistrates’ court level and the proposed r 41A of the Uniform Rules of Court. These regulations are an emphasis that litigation and adjudication are here to stay, and the challenge is not to create a parallel system called mediation, but to embed mediation in litigation as one of the important options available to resolve disputes.

Rules 77 and 78 of the Magistrates’ Court Rules make provision for mediation in two instances namely, prior to the commencement of litigation and at any stage during litigation, but before judgment. There is no absolute rule that certain matters are to be referred to mediation and certain others not, as long as such referral is voluntary (Beata Warnich ‘Court-Annexed Mediation’ (www.schoemanlaw.co.za, 2017)).

The nature of the latter is referred to as court-annexed while the mediation contemplated in the proposed r 41A of the Uniform Rules of Court is not intended to be court-annexed. Mediation is not made to be compulsory, in both instances, but rather intended to facilitate mediation accepted by the parties and/or recommended by the court.

The Companies Tribunal (the Tribunal) Chairperson, Dr Mohamed Alli Chicktay, told members of Parliament last year that ‘the Tribunal, which is an agency of the Department of Trade and Industry mandated to provide dispute resolution services for companies, is battling with budgetary constraints as well as challenges related to its limited mandate’ (Lameez Omarjee ‘Companies Tribunal aims to settle disputes – but it’s understaffed, underfunded with limited scope’ www.news24.com, accessed 7-10-2020). Their request was for an amendment, which would include making mediation compulsory. He referred to the Council for Conciliation, Mediation and Arbitration (CCMA), which deals with labour disputes in an attempt to motivate the need for the Tribunal to offer similar dispute resolution mechanisms to companies. The effectiveness of the Tribunal is thus said to be limited due to its inability to provide alternative dispute resolution mechanisms such as the growing mediation alternative. This view by Chicktay can be said to be the case across the board.

The purpose of mediation, according to r 71 of the Magistrates’ Court Rules, is as follows:

(e) assist litigants or potential litigants to determine at an early stage of the litigation or prior to commencement of litigation whether proceeding with a trial or an opposed application is in their best interests or not;

(f) provide litigants or potential litigants with solutions to the dispute, which are beyond the scope and powers of judicial officers’.

Loss of income, job losses and feuds rife; how to settle effectively?

The latter is a question currently posed by many as we are inevitably at a time where frustrations have risen as have disputes.

The benefit is that mediation does not need the formalities of a court room and can easily be conducted remotely through the technology available to mediators and the parties in dispute even during the pandemic and its restricting lockdown regulations.

In conclusion, it is our ethical duty to ensure each member of the public is aware of their right to be afforded an opportunity to refer their dispute for possible mediation (Warnich (op cit)). Furthermore, that such mediation is handled inter alia with the necessary confidentiality, voluntariness, and in a manner non-prejudicial to parties involved. The ideal conclusion of the process is that which sees the parties reaching an agreement wherein a formal settlement agreement is drafted with due assistance from the mediator. The parties may further agree to make the settlement agreement a formal court order. However, should they not elect to make the formal agreement a court order, the settlement agreement will still be of force and effect, being an agreement, which is legally binding in accordance to South African contractual law and thus, remain enforceable should one party fail to adhere to the terms of the settlement agreement (Warnich (op cit)).

Who takes the blame? Liability of the Minister of Police for unscrupulous conduct of his officials
13 January 2021
Search
Latest News
Go to Top